In order to recognize the professional accomplishments of late Professor Ralph Bradley, Department of Statistics has been organizing an annual “Bradley Lecture” since 1993. The first Bradley Lecture held in 1993 featured Professors C. R. Rao and Ralph Bradley as speakers. Since then, each year we have invited internationally renowned statisticians to give the Bradley Lecture.

The 2022 Bradley Lecture will be given by Professor Jianqing Fan of Princeton University.

Stability and Approximability of Deep ReLU Networks in Statistical Learning

This talk is on the stability of deep ReLU neural networks for nonparametric regression under the assumption that the noise has only a finite p th moment. We unveil how the optimal rate of convergence depends on p, the degree of smoothness and the intrinsic dimension in a class of nonparametric regression functions with hierarchical composition structure when both the adaptive Huber loss and deep ReLU neural networks are used. This optimal rate of convergence cannot be obtained by the ordinary least squares but can be achieved by the Huber loss with a properly chosen parameter that adapts to the sample size, smoothness, and moment parameters. A concentration inequality for the adaptive Huber ReLU neural network estimators with allowable optimization errors is also derived. To establish a matching lower bound within the class of neural network estimators using the Huber loss, we employ a different strategy from the traditional route: constructing a deep ReLU network estimator that has a better empirical loss than the true function and the difference between these two functions furnishes a low bound. This step is related to the Huberization bias, yet more critically to the approximability of deep ReLU networks. As a result, we also contribute some new results on the approximation theory of deep ReLU neural networks. (Joint work with Yihong Gu and Wenxin Zhou)

The Bradley Lecture Series is also sponsored by the UGA Statistics Club, which is a student-managed organization housed in the Department of Statistics. Over the years, Bradley Lecture has become a popular yearly event, which not only attracts faculty and graduate students from UGA, but also from neighboring institutions such as Emory, Georgia Tech, Georgia State, Clemson, Centers for Disease Control, the Bureau of Labor Statistics, and other industrial sources in Atlanta and Athens. This two-day event starts on a Friday afternoon in April with a technical talk followed by catered dinner, and an after-dinner non-technical talk. Many participants bring their spouses or significant others for the Bradley dinner. The next day, we organize a departmental spring picnic, which is attended by the speaker, faculty, students, and their family members. Over the years, Bradley Lecture has become be a vibrant, memorable departmental tradition.

Dr. Jianqing Fan, is a statistician, financial econometrician, and data scientist. He is Frederick L. Moore '18 Professor of Finance, Professor of Statistics, and Professor of Operations Research and Financial Engineering at the Princeton University where he chaired the department from 2012 to 2015. He is the winner of The 2000 COPSS Presidents' Award, Morningside Gold Medal for Applied Mathematics (2007), Guggenheim Fellow (2009), Pao Lu Hsu Prize (2013), Guy Medal in Silver (2014), and Noether Senior Scholar Award (2018). He got elected to Academician from Academia Sinica in 2012.  Dr. Jianqing Fan is a joint editor of Journal of Business and Economics Statistics and an associate editor of Management Science (2018 ----), among others, was the co editor( in chief) of the Annals of Statistics (2004 2006) and an editor of Probability Theory and Related Fields (2003 2005), Econometrical Journal (2007 2012), Journal of Econometrics (2012 2018; managing editor 2014 18), and on the editorial boards of a number of other journals, including Journal of the American Statistical Association (1996 2017), Econometrica (2010 2013), Annals of Statistics (1998 2003), Statistica Sinica (1996 2002), and Journal of Financial Econometrics (2009 2012). He was the past president of the Institute of Mathematical Statistics (2006 2009), and past president of the International Chinese Statistical Association (2008 2010). 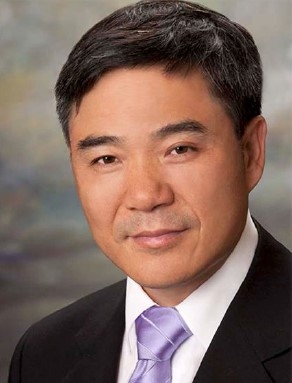