Since the 1970's the University of Georgia Department of Statistics and the Clemson University Mathematical Sciences Department have organized the annual UGA/Clemson Joint Seminar which alternates between Athens and Clemson each year. Here is a (somewhat) complete list of speakers: https://www.stat.uga.edu/events/past/uga-clemson .

The 2022 Joint UGA-Clemson Seminar will be given by Professor Dennis Lin of Purdue University. Here is the announcement: https://www.stat.uga.edu/events/content/2022/dennis-lin

Over the years, this joint colloquium series has become a popular yearly event, which not only attracts faculty and graduate students from UGA and Clemson University, but also from neighboring institutions such as Emory, Georgia Tech, Georgia State, Centers for Disease Control, the Bureau of Labor Statistics, and other industrial sources in Atlanta and Athens. This lecture is traditionally followed by a catered dinner.

Reach out to stat@uga.edu for details on how to register.

As natural as the real data, ghost data is everywhere—it is just data that you cannot see. We need to learn how to handle it, how to model with it, and how to put it to work. Some examples of ghost data are (see, Sall, 2017):

(a) Virtual data—it isn’t there until you look at it;
(b) Missing data—there is a slot to hold a value, but the slot is empty;
(c) Pretend data—data that is made up;
(d) Highly Sparse Data—whose absence implies a near zero, and
(e) Simulation data—data to answer “what if.”

For example, absence of evidence/data is not evidence of absence. In fact, it can be evidence of something. More Ghost Data can be extended to other existing areas: Hidden Markov Chain, Two-stage Least Square Estimate, Optimization via Simulation, Partition Model, Topological Data, just to name a few.

Three movies will be discussed in this talk:

(3) “Edge of Tomorrow” (Tom Cruise)—how to speed up your learning (AlphaGo-Zero will also be discussed).

It will be helpful, if you watch these movies before coming to this talk. This is an early stage of Professor Dennis Lin's research in this area--any feedback from you is deeply appreciated. Much of the basic idea is highly influenced via John Sall (JMP-SAS).

Dr. Dennis K. J. Lin is a Distinguished Professor and Head in the Department of Statistics at Purdue University. Prior to his current job, he was a University Distinguished Professor of Supply Chain Management and Statistics at Penn State. His research interests are quality assurance, industrial statistics, data mining, and response surface. He has published more than 250 SCI/SSCI papers in a wide variety of journals. He currently serves or has served as an associate editor for more than 10 professional journals and was a co-editor for Applied Stochastic Models for Business and Industry. Dr. Lin is an elected fellow of ASA, IMS, ASQ, and RSS, an elected member of ISI, and a lifetime member of ICSA. He is an honorary chair professor for various universities, including a Chang-Jiang Scholar at Renmin University of China, Fudan University, and National Taiwan Normal University. His recent awards include, the Youden Address (ASQ, 2010), the Shewell Award (ASQ, 2010), the Don Owen Award (ASA, 2011), the Loutit Address (SSC, 2011), the Hunter Award (ASQ, 2014), the Shewhart Medal (ASQ, 2015), and the SPES Award (ASA, 2016). He was the Deming Lecturer Award at the 2020 JSM.

University of Georgia, Department of Statistics

Registration fee: $15 for the members of Statistics Club, $25 for non-members 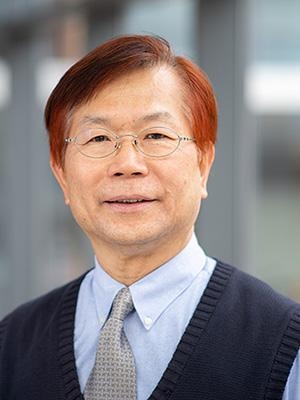