Many, if not most, data analyses aim at understanding relationships between quantities that we observe, and trying to understand what would happen if we intervened in our world in various ways.  This intuitive statement describes what I regard as the essential idea underlying causal inference, a field of research  that has become extremely popular in recent years.  The cleanest formalization of this idea, that is, the formalization that is the least cluttered with extraneous ideas and notation, is the 20th century one of potential outcomes.  Here the causal effect of an intervention relative to no intervention is defined by the comparison of two potential outcomes, the first, which would be observed if the intervention is implemented, and the second, which would be observed if the intervention is not implemented; either of these potential outcomes is observable depending on whether the intervention is implemented, but both potential outcomes cannot be simultaneously observed because we cannot go back in time to “undo” what was done.  This understanding is intellectually related to analogous concepts in quantum mechanics, where quantities are defined at the same instant of time yet are not simultaneously observable, e.g., a particle’s position and its momentum.  Adding clutter to this understanding may be helpful for communication in some situations, but it is wise to avoid clutter when focusing on basic definitions.

Dr. Donald B. Rubin is currently Professor in the Yau Center for Mathematical Sciences, Tsinghua University; Murray Schusterman Senior Research Fellow, Fox Business School, Temple University; and Professor Emeritus, Harvard University. He has been elected to be a Fellow/Member/Honorary Member of: the Woodrow Wilson Society, Guggenheim Memorial Foundation, Alexander von Humboldt Foundation, American Statistical Association, Institute of Mathematical Statistics, International Statistical Institute, American Association for the Advancement of Science, American Academy of Arts and Sciences, European Association of Methodology, the British Academy, and the U.S. National Academy of Sciences. As of 2020, he has authored/coauthored nearly 500 publications (including ten books), has four joint patents, and for many years has been one of the most highly cited authors in the world, with currently over 300,000 citations, and over 20,000 per year in recent years (Google Scholar). Of his many publications with over 1,000 citations each, over ten of them are solely authored by Rubin. He has received honorary doctorate degrees from Otto Friedrich University, Bamberg, Germany; the University of Ljubljana, Slovenia; Universidad Santo Tomás, Bogotá, Colombia; Uppsala University, Sweden; and Northwestern University, Evanston, Illinois. He has also received honorary professorships from the University of Utrecht, The Netherlands; Shanghai Finance University, China; Nanjing University of Science & Technology, China; Xi’an University of Technology, China; and University of the Free State, Republic of South Africa. He is a widely sought international lecturer and consultant on statistical topics. 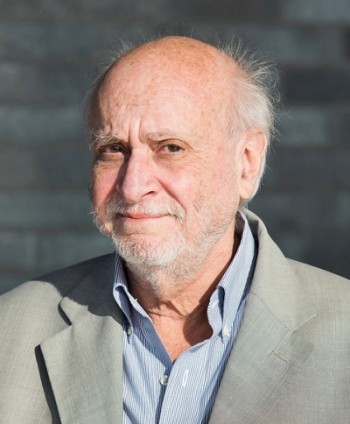