The Department of Statistics has established the James R. Thompson Distinguished Lecture Series in Statistics to honor the life and contributions of Professor Jim Thompson. The goal of the series is to bring to campus internationally recognized scholars in the field of statistics to deliver talks to multidisciplinary audiences on topics of broad interest. The lecture series is supported by an endowed fundthrough the generous contributions of family, friends and colleagues.

From the moment Jim Thompson arrived at Rice University in 1970, he had a powerful impact on Rice’s statistics and engineering students, faculty members and research endeavors. As the founding chair of the Department of Statistics he was an invaluable resource for his colleagues and played a vital role in advancing the department and the George R. Brown School of Engineering into a top-ranked program. As a researcher, he made pioneering contributions to our understanding of Statistical Model Building, Biomathematics, Quality Control and Computational Finance. He has performed ground breaking research in the AIDS epidemic and cancer modeling. In short, his first-rate contributions to education and research at Rice represent the best of who we are and how we strive to influence the world. He was a Fellow of the American Statistical Association, the Institute of Statistical Sciences, and the International Statistical Institute. He received the ASA's Don Owen Award in 1985 and the US Army's Samuel S. Wilks Medal in 1991.

Mark Hansen joined Columbia Journalism School in July 2012 and took on the position of inaugural director of the east coast branch of the Brown Institute for Media Innovation. Prior to joining Columbia, he was a professor at UCLA, holding appointments in the Department of Statistics, the Department of Design Media Arts and the Department of Electrical Engineering.  He was also a Co-PI for Center for Embedded Networked Sensing, an NSF Science and Technology Center devoted to the study of sensor networks. Prior to UCLA, Hansen was a Member of the Technical Staff at Bell Laboratories in Murray Hill, New Jersey.

For nearly three decades, Hansen has been working at the intersection of data, art and technology. Hansen has an active art practice involving the presentation of data for the public. His work with Ben Rubin, Jer Thorp and The Office for Creative Research has been exhibited at the Museum of Modern Art in New York, the Whitney Museum, the Centro de Arte Reina Sofia, the London Science Museum, the Cartier Foundation in Paris, and the lobbies of the New York Times building and the Public Theater (permanent displays) in Manhattan.

In terms of his journalistic experience, Hansen has been a long-standing visiting researcher at the New York Times R&D Lab, a late-career intern at the Marshall Project, and a consultant with HBO Sports. Hansen teaches mainly advanced data analysis and computational journalism at Columbia. In 2018, Hansen’s Computational Journalism course at Columbia Journalism School contributed the original reporting for the New York Times’ piece, The Follower Factory (link is external), which exposed the bot economy behind the sale of fake followers on Twitter. In July 2018, the article was cited by Twitter as the reason for its “purge” of tens of millions of suspicious accounts. 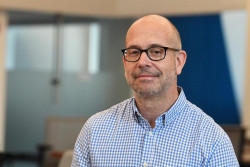 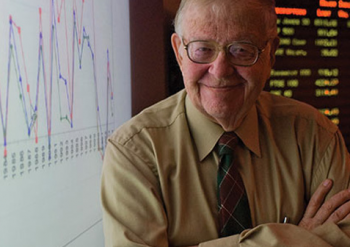