Data Science and Statistics for Quality

Given the uncertainty surrounding in-person meetings in the US and Florida, the QPRC 2021 organizers are planning to hold a hybrid conference. We will plan on having both in-person and virtual sessions and speakers.

The goal of the conference is to stimulate interdisciplinary research and  innovative solutions to problems though interactions among  statisticians, quality professionals, engineers, data scientists, students, and others from many fields.

The conference theme is "Data Science and Statistics for Quality."  The program will reflect this by including many sessions on machine learning and high dimensional data structures, for example. We will also have many quality-related sessions on such topics as statistical process control and reliability.

We look forward to you joining us for the conference on the campus of Florida State University in Tallahassee, Florida - Florida's capitol city. If you can't travel to us, we are making this as hybrid conference with the option to attend and participate remotely!

Peihua Qiu is a professor and the founding chair of the Department of Biostatistics at the University of Florida. He received his Ph.D. in statistics from the Department of Statistics at the University of Wisconsin at Madison in 1996. He then worked as a senior research consulting statistician for the Biostatistics Center at the Ohio State University during 1996-1998, and as a faculty member of the School of Statistics at the University of Minnesota during 1998-2013. Qiu has made substantial contributions in the research areas of jump regression analysis, image processing, statistical process control, survival analysis, and disease screening and surveillance. So far, he has published two research monographs and over 120 research papers in refereed journals. He is an elected fellow of the American Statistical Association, an elected fellow of the Institute of Mathematical Statistics, and an elected member of the International Statistical Institute. He served as associate editor for a number of top statistical journals, including JASA, Biometrics, and Technometrics. He was the editor of Technometrics during 2014-2016.

Dr. Geoff Vining is professor at the Department of Statistics at Virignia Tech.  More information about Dr. Vining can be found at his website.

Will Welch joined the Department of Statistics, UBC as a Professor in  2003, and was Head of Department from 2003 until 2008 and Interim Head  August-December 2018.  Prior to that he was at the University of  Waterloo for 16 years.  He also holds the honorary title of Visiting  Professor in the Business School, Loughborough University, UK.
Welch's research spans computer-aided design of experiments, quality  improvement, the design and analysis  of computer experiments, statistical methods for drug discovery, and  machine/statistical learning.  Welch has served on the editorial boards of the Annals of Applied  Statistics, the Canadian Journal of Statistics,  and the SIAM/ASA Journal on Uncertainty Quantification.  He has also  served as President of the Business and Industrial Statistics Section of  the Statistical Society of Canada and as Associate Director of the  Canadian Statistical Sciences Institute (CANSSI). He has won the  American Statistical Association's Statistics in Chemistry Prize and is  a Fellow of the American Statistical Association. 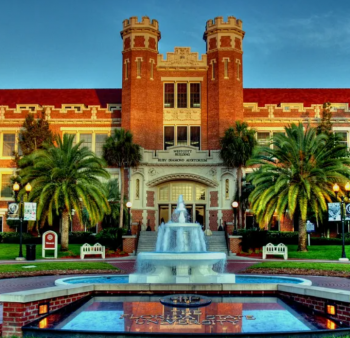