Statistical Learning in Operations: The Interplay between Online and Offline learning

Traditionally, statistical learning is focused on either (i) online learning where data is generated online according to some unknown model; or (ii) offline learning where the entire data is available at the beginning of the process. In this talk we show that combining both approaches can accelerate learning. First, we show how difficult online learning problems can be reduced to well-understood offline regression problems. Second, we show the impact of pre-existing offline data on online learning and characterize conditions under which offline data helps (does not help) improve online learning. We demonstrate the impact of our work in the context of multiclass classification, product recommendation and price optimization.

David Simchi-Levi is a Professor of Engineering Systems at MIT and serves as the head of the MIT Data Science Lab. He is considered one of the premier thought leaders in supply chain management and business analytics. His Ph.D. students have accepted faculty positions in leading academic institutes including U. of California Berkeley, Carnegie Mellon U., Columbia U., Duke U., Georgia Tech, Harvard U., U. of Illinois Urbana-Champaign, U. of Michigan, Purdue U. and Virginia Tech. Professor Simchi-Levi is the current Editor-in-Chief of Management Science, one of the two flagship journals of INFORMS. He served as the Editor-in-Chief for Operations Research (2006-2012), the other flagship journal of INFORMS and for Naval Research Logistics (2003-2005). He is an INFORMS Fellow, MSOM Distinguished Fellow and the recipient of the 2014 INFORMS Daniel H. Wagner Prize for Excellence in Operations Research Practice; 2014 INFORMS Revenue Management and Pricing Section Practice Award; 2009 INFORMS Revenue Management and Pricing Section Prize and Ford 2015 Engineering Excellence Award.

He was the founder of LogicTools which provided software solutions and professional services for supply chain optimization. LogicTools became part of IBM in 2009. In 2012 he co-founded OPS Rules, an operations analytics consulting company. The company became part of Accenture in 2016. In 2014, he co-founded Opalytics, a cloud analytics platform company focusing on operations and supply chain intelligence. The company became part of the Accenture Applied Intelligence in 2018. 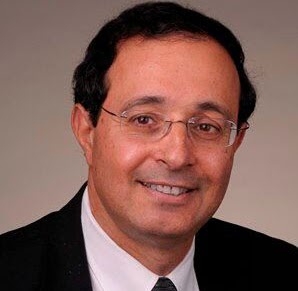