We present several decision and optimization problems driven by uncertain and online data. We show how analytical models and computational algorithms can be used to achieve solution efficiency, fairness and near optimality.

First, we describe the so-called Distributionally or Likelihood Robust optimization (DRO) models and their algorithms in dealing stochastic decision problems when the underline distribution is unknown but certain statistical moments and/or sample distributions can be estimated. In particular, we present our recent work on nonparametric estimation of conditional statistics.

Secondly, we describe the online linear programming theories and algorithms. We discuss fast and near-optimal algorithms for solving this surprisingly general class of online decision problems under the assumption of random order of arrivals and some conditions on the input data and size.

Thirdly, we propose a market mechanism of allocating public and/or commercial goods/spaces, such as parks, beaches, shops, gyms, etc., to meet emerging tight capacity restrictions in a pandemic environment, where these restrictions are absent under normal circumstances.

Yinyu Ye is currently the K.T. Li Chair Professor of Engineering at Department of Management Science and Engineering and Institute of Computational and Mathematical Engineering, Stanford University. He is also the Director of the MS&E Industrial Affiliates Program. He received the B.S. degree in System Engineering from the Huazhong University of Science and Technology, China, and the M.S. and Ph.D. degrees in Engineering-Economic Systems and Operations Research from Stanford University. His current research interests include Continuous and Discrete Optimization, Data Science and Application, Algorithm Design and Analysis, Computational Game/Market Equilibrium, Metric Distance Geometry, Dynamic Resource Allocation, and Stochastic and Robust Decision Making, etc. He is an INFORMS (The Institute for Operations Research and The Management Science) Fellow since 2012, and has received several academic awards including: the 2009 John von Neumann Theory Prize for fundamental sustained contributions to theory in Operations Research and the Management Sciences, the 2015 SPS Signal Processing Magazine Best Paper Award, the winner of the 2014 SIAM Optimization Prize awarded (every three years), the inaugural 2012 ISMP Tseng Lectureship Prize for outstanding contribution to continuous optimization (every three years), the inaugural 2006 Farkas Prize on Optimization, the 2009 IBM Faculty Award, etc.. He has supervised numerous doctoral students at Stanford who received the 2015 and 2013 Second Prize of INFORMS Nicholson Student Paper Competition, the 2013 INFORMS Computing Society Prize, the 2008 First Nicholson Prize, and the 2006 and 2010 INFORMS Optimization Prizes for Young Researchers. He is the Chief Scientist of one of the major commercial international optimization software companies. His text book written with David Luenberger, “Linear and Nonlinear Programming,” has been popularly used in academic education. In the past, Ye has led and managed a group of researchers on a broader range of government and industrial projects including Boeing, American Express, Oracle, AOL, IBM,EPRI, China EPRI, Ai-Force, NSF, DOE, etc.; focusing on business analytics, sensor network, big data, risk management, electronic commerce, Internet economics, etc. He has been the Director of the Stanford Management Science and Engineering Department Industrial Affiliates Program since 2002, where his role is to establish direct links between members of the faculty and industrial affiliates. 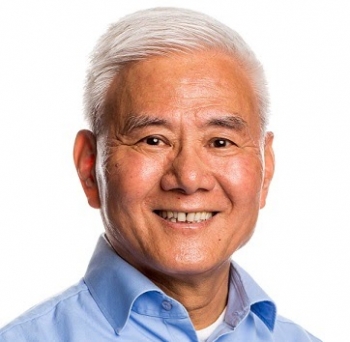