Traditionally stochastic  optimization was discussed in the realms of Markov Decision Processes (MDP), Stochastic Optimal Control (SOC) and Stochastic Programming (SP). Although MDP, SOC and SP are supposed to deal with somewhat related classes of problems, the modeling and numerical approaches are quite different. The origins of SP can be traced back to the early days of linear programming and have dealt with two stage linear stochastic programs. Until recently, modeling and numerical approaches to SP were dominated by the generation of  (finite) scenario trees and consequently solving  the constructed deterministic optimization problems.  In the linear case this leads to large scale linear programming. However,  it was shown that from such a deterministic point of view  even two stage linear stochastic programming problems are computationally intractable. Recent developments of theory and numerical algorithms  based on Monte Carlo  randomization techniques,  suggest quite a different view of SP. It was demonstrated   that  certain classes of stochastic programs, unattainable by the deterministic equivalent approach,  can be solved with reasonable accuracy often sufficient for engineering applications. This talk is aimed at giving a general overview of the current state of SP. Especially, multistage SP will be discussed.

Alexander Shapiro is the Russell Chandler III Chair and Professor in the School of Industrial and Systems Engineering at Georgia Institute of Technology, Atlanta, USA. He has published more than 140 research articles in peer review journals  and is a coauthor of several books. He was   on the editorial board of several professional journals.  He was an area editor (Optimization) of Operations Research, and  the  Editor-in-Chief of the Mathematical Programming, Series A,  2012-2017, flagship journal of the Mathematical Optimization Society. 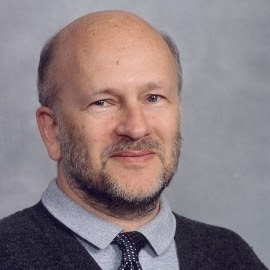