Ingram Olkin - A Giant Among Statisticians - Passes Away at Age 91 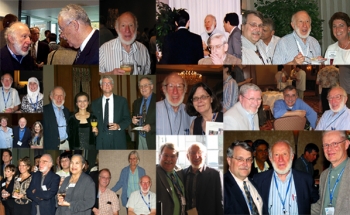 (Much thanks to Jerry Sacks and Dan Solomon for their contributions to this story.)

Long time supporter of NISS, Ingram Olkin, passed away on April 28 at the age of 91. Dr. Olkin was Professor Emeritus of Statistics and Education at Stanford University.

Olkin's contributions to NISS are immeasurable. Indeed, he was the father of NISS. As co-chair with Jerry Sacks of the committee preparing the “Cross-Disciplinary Research in the Statistical Sciences" report in September 1988 he introduced the proposal to form an "Institute for Statistical Sciences" to implement the Report's recommendations for advancing the field. Then, leading a group of dedicated statisticians, especially Al Bowker, he spurred leaders of the field to support the idea. University presidents, provosts, deans and others were then approached to form consortia to establish an institute.

In September of 1989, Dan Horvitz had a call from Ingram who asked him to bring together members of the statistics leadership in the Research Triangle to meet with him and Al Bowker, then the Chancellor Emeritus of the University of California at Berkeley, to discuss creating a statistics research institute that would focus on important national problems.  Bowker and Olkin made the presentations and indicated a Request for Proposal to undertake the creation and operation of such an institute would be forthcoming. Thanks to this initial push, the leadership in the Research Triangle region responded to the RFP and the institute was officially established in 1991.

After NISS was established Olkin continued to play a prominent role in developing NISS programs in Education as well as being an informal advisor to NISS management.​

Olkin is survived by his wife Anita, his daughters Vivian, Rhoda and Julia, and his grandchildren.