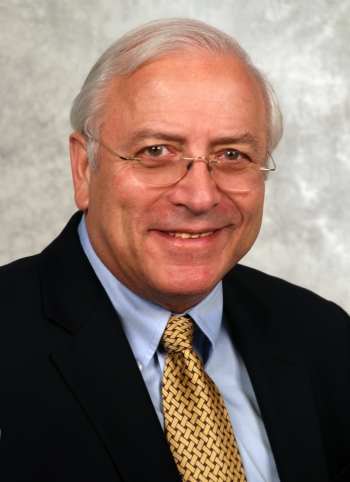 Seattle, Washington, August 11, 2015: Mary Batcher, chair of the Board of Trustees of the National Institute of Statistical Sciences (NISS),announces that Dr. Stephen E. Fienberg has received the 2015 Jerome Sacks Award for Cross-Disciplinary Research. The announcement was made by Dr. Nell Sedransk, Acting Director of NISS during a reception at the Joint Statistical Meetings in Seattle, Washington. Sedransk said Fienberg is receiving this award, “For a remarkable career devoted to the development and application of statistical methodology to solve problems for the benefit of society, including aspects of human rights, privacy and confidentiality, forensics, survey and census-taking, and more; and for exceptional leadership in a variety of professional and governmental organizations, including in the founding of NISS.”

Fienberg is Maurice Falk University Professor of Statistics and Social Science in the Department of Statistics, the Machine Learning Department, and Cylab, and co-Director of the Living Analytics Research Center at Carnegie Mellon University. He has authored more than 20 books and 500 papers and related publications. Fienberg’s interest in confidentiality and disclosure limitation ties both to surveys and censuses and also to categorical data analysis. It also led him to work on a multiple year project with NISS entitled “NISS Digital Government Project.”

Fienberg is originally from Toronto, Canada. He received his bachelor’s degree in mathematics and statistics from the University of Toronto, then earned his master’s degree and his doctorate in statistics from Harvard University. He joined the CMU faculty in 1980.Amongst his many accolades, he has served as the co-Chair of the National Academy of Sciences Report Review Committee from 2008-2016. He is the co-Founder of the Journal of Privacy and
Confidentiality, and the Editor-in-Chief of the Annals of Applied Statistics and Founding Editor of the Annual Review of Statistics and its Application. He is a fellow of the International Society for Bayesian Analysis and was President from 1996-1997; a fellow of the Institute of Mathematical Statistics and President from 1998-1999; and he is also a Fellow of the Royal Society of Canada, the American Association for the Advancement of Science, the American Statistical Association, the American Academy of Political and Social Science, and a member of the U.S. National Academy of Sciences.

About NISS
The National Institute of Statistical Sciences was established in 1990 by the national statistics societies and the Research Triangle universities and organizations, with the mission to identify, catalyze and foster high-impact, cross-disciplinary and cross-sector research involving the statistical sciences. NISS is dedicated to strengthening and serving the national statistics community, most notably by catalyzing community members’ participation in applied research driven by challenges facing government and industry. NISS also provides career development opportunities for statisticians and scientists, especially those in the formative stages of their careers. In particular, NISS has appointed more that 70 postdoctoral fellows with graduate training in statistics, computer science, mathematics, environmental sciences, psychometrics and transportation. NISS has offices in Research Triangle Park, North Carolina and Washington, DC. For more information about NISS see www.niss.org. You can also learn more by following our Twitter account, @NISSSAMSI, or by joining the NISS group on LinkedIn and on Facebook.