Welcome to New Members of the NISS Board of Trustees 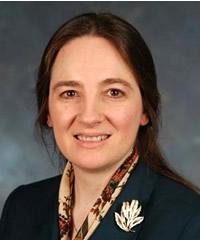 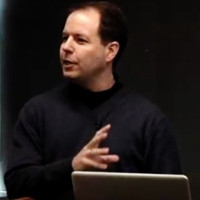 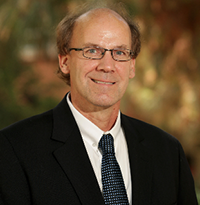 At the April meeting of the NISS Board of Trustees meeting discussion included a welcome to three new elected members of the NISS Board of Trustees for a three-year term that begins July 1, 2020.  NISS looks forward to the active role that these new leaders will play in the coming years as they help define ways to bring together statisticians and data scientists to address current issues in ways that an organization like NISS can make possible. The three new board members are:

Karen is a biostatistician known for her research on aging and aging-related frailty. She is the Hurley Dorrier Professor of Biostatistics and Chair of the Biostatistics Department at the
Johns Hopkins Bloomberg School of Public Health. Bandeen-Roche earned a master’s degree and PhD in operations research from Cornell University in 1988 and 1990, respectively. She has worked at Johns Hopkins since 1990, and became the Hurley Dorrier Professor and Chair in 2008. Dr. Bandeen-Roche’s primary research area is the development, implementation, and application of models for problems which include underlying or unobservable processes of interest. In recent years, she has primarily been interested the application of underlying variable methods in epidemiologic and psycho-social research. Her other areas of statistical research include the study of classification and variance structure and multivariate survival analysis. Gerontology is the scientific area in which she feels most deeply invested; having participated in population research on aging for more than a decade, was named a Brookdale National Fellow, and co-directed a training program in the Biostatistics and Epidemiology of Aging.

Michael is a Data Scientist at Google, where he has created machine-learning models to improve engineer productivity and to forecast consumer hardware sales. Previously, Michael was a Principal Data Scientist at Microsoft where he helped create the Windows Experimentation Platform. Before that, Michael was the Principal Engineer for Amazon Search and the first engineer on Amazon Go. Michael helped create Amazon’s data scientist job ladder and hired the first data scientists there. Before switching to data science full time, Michael had a 15-year career as a software engineer at Amazon, Yahoo, Microsoft, and Caltech/JPL.

Dan received MS and PhD degrees from the Department of Statistics at Iowa State University in 1982 and 1985, respectively. He was a distinguished member of technical staff, and a technical manager at AT&T Bell Laboratories between 1985-2003. Concurrent with those positions, he was a visiting part-time lecturer in the Department of Statistics at Rutgers University. Since 2003, he has been a faculty member in the Department of Statistics at the University of California, Riverside (UCR) serving as Chair of the department 2008-2015. He is currently the Vice Provost of Administrative Resolution at UCR. He is an elected Fellow of the American Statistical Association and an Elected Member of the International Statistical Institute. He has published over 100 peer-reviewed journal articles and is a co-inventor on 10 U.S. Patents. He served a 3-year term on the Board of Directors of ASA in 2013-2015.