On Monday, August 2, 2021 NISS Affiliates and other invited guests got together to celebrate the work of three individuals.  NISS confers three prestigious awards each year to honor these efforts. Here are the recipients of this years awards. 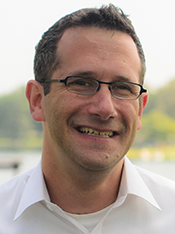 The Jerome Sacks Award recognizes sustained, high quality cross-disciplinary research involving the statistical sciences and NISS is pleased to present the 2021 Jerome Sacks Award for Exemplary Cross-Disciplinary Research in the statistical sciences to Marc Suchard, Professor at UCLA with join appointments in the Department of Computational Medicine, Biostatistics and Human Genetics.

From the evidence submitted in his nomination packet Professor Marc Suchard has clearly earned this distinction.  Mark is a prolific researcher, with over 230 peer reviewed research publications, book chapters and 10 published proceedings and abstracts.  Several of Marc’s statistical publications have achieved legendary status having over 15,000 citations.  In addition, Marc's work has also been instrumental in placing Bayes factors as a standard model selection tool in the field of genetics.  He has also supervised 15 Ph.D. students and many of his past students have gone on to become highly successful statisticians.  Marc has received the Savage Award, the Mitchell Prize, a Guggenheim fellowship, the 2011 Ray Carol Young Investigator Award and the COPSS President's Award.

“For his highly influential and innovative contributions to the cross-disciplinary field of computational biology, including rigorous mathematical developments, advanced numerical and statistical computing, and software development, particularly in the area of phylogenetics.”

Upon receiving this award Marc commented, “Today, more than ever, in the middle of a global pandemic, trying to ensure that reliable and replicable inferential based evidence really does help our communities move forward towards safety, and this is an important laudable goal, and also a key role to play for many of us as statisticians.” 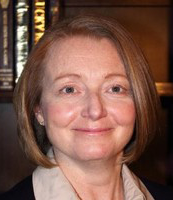 NISS is also pleased to present the NISS Distinguished Alumni Award to Nancy McMillan.  Nancy is currently the Division Manager of Advanced Analytics at Battelle, an organization with over 90 staff members composed of a mix of data and computer scientists.  Over the past 25 years she has been a research leader at Battelle and her team participates in over 150 research projects each year, bringing data analytics capability to cross disciplinary research and development teams.  Nancy earned a master's and Ph.D. in statistics from the Ohio State University.

From 1993 to 1995 she served as a NISS postdoctoral fellow and then worked at Battelle until 1999 and then after two years as a professor and a consultant she then rejoined Battelle and has served as principal and senior research scientist, associate manager and research leader and now division manager.  NISS is very pleased to present this award and of the NISS Distinguished Alumni Award to Dr Nancy MacMillan to honor her work over the years.

“Honoring her distinguished career at Battelle and her leadership in the development of statistical methods and models for a wide variety of complex problems, including environmental pollution, bioterrorism risk assessment and forensic genomics.”

Upon receiving this award Nancy's comments included:  “I have very fond memories .. it’s hard for me to believe it was 26 years ago when I was at NISS starting out a career in cross disciplinary research, which was really why I went to NISS. ... I appreciate the discipline, more and more over time and I appreciate the time that I had at NISS to grow some of my experience as a statistician working with researchers and scientists, so thank you very much.”

The NISS Distinguished Service Award is being awarded this year to Raymond Bain who has recently completed six years on the NISS Board of Trustees. During this time he has served on the Executive Committee, the Finance Committee and for the past two years, he served as chair of the Board of Trustees.  Ray is Senior Vice President at Merck in the Division of Biostatistics and Research.

“For his exceptional and dedicated service on the NISS board of trustees, serving as the chair of the strategic planning committee, chair of the finance committee, vice-chair, and chair of the board for the past two years. And for his strong support of NISS including the NISS~Merck meetups.”

Comments from the award recipeints can be viewed in a recording of the Awards Ceremony found on the NISS YouTube channel.