Meet our colleague, Joseph Rodhouse: "There is a wealth of research on the factors impacting survey response. However, much is still to be known and I hope to contribute scientifically to this body of knowledge." 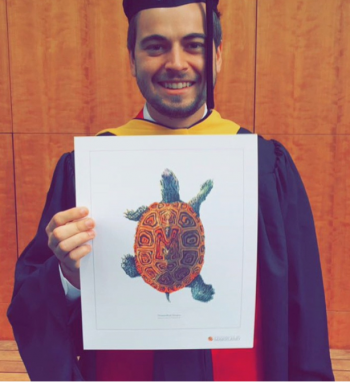 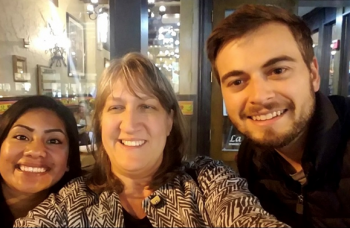 Joseph Rodhouse joined NISS in October 2017 as a Research Associate and is working on the National Agricultural Statistics Service (NASS) project. The work involves investigating survey methodological phenomena, such as respondent burden and response likelihood to surveys. Declining response rates are a trend impacting the survey research field as a whole and so he is focusing on factors that could lead to increasing responses to surveys.

The goal of the project that Rodhouse is working on is to gain a better understanding of how a person’s likelihood to respond is influenced by characteristics of the survey. Most research has shown that among various other factors that contribute to respondent burden, the burden caused by the complexity of the survey and the number of surveys a respondent has received contribute the most. This study examines the effect of subsequent sampling on high and low burden surveys with respect to response outcomes. “The hope is that this information can be used to tailor future sampling strategies that could lead to improving response rates,” says Joseph Rodhouse. This study is scheduled to be presented at the Federal Committee on Statistical Methodology (FCSM) Conference in March 2018.

Additionally, Rodhouse is working on two other NISS-NASS projects:

Heather Ridolfo, Lead on the behavior coding and cognitive testing projects at NASS says, "I really like working with Joe. It’s fun to have someone new with a fresh perspective. Coming out of grad school he is up to speed with the latest advancements in the field, so he brings some great insight to our team."

Before joining NISS, Rodhouse was a JPSM Fellow. The JPSM (Joint Program in Survey Methodology) Fellow Program is a unique internship experience with a mission to educate the next generation of survey researchers, survey statisticians and survey methodologists. As a JSPM Fellow, Rodhouse worked on an experimental research project for the Census Bureau testing varying questions designed to capture the prevalence of “gig work” in the Current Population Survey. Gig workers take on short-term jobs, some of them as a self-employment contractor, are usually not identified in surveys of employment.  This research project was designed to capture data on workers in the gig economy. "The project was very interesting yielding some very interesting results," says Rodhouse. Adding, “We found that the prevalence of gig work is perhaps not ignorable and that the specific question type yielded more reports of gig work.”  He also worked on a project at JPSM analyzing whether questions designed to assess the cognitive decline in the Health and Retirement Study (HRS) were reliable measures for non-native English speakers.

Rodhouse earned his bachelor's degree in Sociology from Whitman College in Walla Walla, Washington. As an undergrad, he developed an interest in quantitative social research which sparked his desire to pursue a master's in Survey Methodology from the University of Maryland. While pursuing his undergrad degree, Rodhouse gained skills on topics such as web survey data collection methods, questionnaire design, and statistical analysis of survey data, by working on an independent study to conduct a survey for Whitman's Alumni Office. He further strengthened those skills in the five years between undergrad and grad school by working as a survey research professional at a prominent market research firm. He says, "I was first galvanized to pursue statistics as an undergrad while learning about the importance of quantitative social research to our understanding of society. I found it very inspiring that statistics could be so illuminating.”

In order for societies to effectively and efficiently function, they need facts. Surveys and statistics are one important area that helps us understand what the facts are. Giving an example from the agricultural sector Rodhouse says: “We need to know the quantity of our agricultural production so we know how much food we have available in the country. This type of information impacts a lot of things, like the prices we pay for our food or how much we have available to send in aid to places in need worldwide. However, finding this information out is very difficult. It’s simply not possible to take a census of every agricultural producer whenever we need to know what the facts are. As a result, we rely on sample surveys and their statistical estimates to provide us with the best information possible. If it weren’t for statistics, determining agricultural production facts in the scope that we need them would be extraordinarily difficult.”