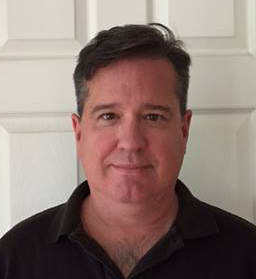 A characteristic that defines NISS as an organization is that it is always working to identify individuals with experience and statistical expertise who are eager to become involved in challenges, “where information and quantitative analysis are keys to solutions and decisions.”  Peter Meyer, as NISS Senior Fellow, is one of these individuals.  While the journey to his current position has included many “twists and turns”, his varied background has uniquely paved a path that has led to Meyer being described as a nationally recognized expert in data confidentiality and security.

“I hope we can make a positive impact on the Federal Statistical System that will last long into the future.”

Meyer began his professional career working for ten years as an analyst in the intelligence community.  This was back in the 80’s and his training as a Russian linguist involved him in helping to monitor the end of the Cold War.  In 1989 he moved to Washington where his attention was shifted to the Columbian Drug Cartel until he decided to go back to graduate school to study economics.  His move back to academia eventually led to a faculty position at the Center on Aging at the University of Maryland where he provided statistical analysis on program data generated by Long Term Care Insurance.

Meyer’s lasting impact regarding access to data began with his work at the National Center for Health Statistics (NCHS) where he became director of the Research Data Center (RDC) and Deputy Director of the Division of Research Methodology (DRM).  His focus was expanding access to Federal health data by the research community, where he served on the Executive Committee for the Federal Statistical Research Data Centers, and was involved in expanding from only four site locations to 33 throughout the United States.

“Working at the National Center for Health Statistics and then moving to the Research Data Center was perfect culmination of my varied experience.”

As the director of RDC, Meyer implemented programmatic changes that halved the time needed for RDC proposal approvals, streamlining the process and improving the access and use of Federal health data to the research community. He also expanded the number of RDCs from one to four by expanding the Center for Disease Control and Prevention (CDC) network.  Based on these improvements and expanding RDC access, Meyer advised other agencies within the Department of Health and Human Services, academia, and other organizations around creating data enclaves and other issues associated with statistical disclosure limitation.

By any sense of the definition of the term, Meyer’s impact on providing opportunities for statistical work in terms of access to data has been notable.  For his contributions to the statistical community he was awarded the Outstanding Government Service by the APHA Statistics Section in 2012, was recognized with numerous Director’s Awards for his outstanding service at NCHS, earned an award for Excellence in Innovation for leading progress in the analysis of genetic data and was recognized for his service during the U.S. Public Health Service to Hurricane Katrina by CDC and HHS Secretary’s Award for Distinguished Service.

Today, Meyer’s talents and expertise are being tapped by a number of different agencies on policies and methods that will make Federal data more accessible to the research community, policymakers, and the public.  He serves as a senior fellow in the Health Care Programs Department at NORC at the University of Chicago. Meyer supports the Office of Management and Budget (OMB) as they develop guidelines for privacy and security of federal data related to the Evidence-Based Policymaking Act of 2018, which is designed to strengthen privacy protections, expand access to secure data, and improve the government’s ability to generate and use evidence in creating policies.

For two decades NISS has been engaged with research and implementation of methodology for balancing confidentiality with transparency, and privacy with data access.  Senior NISS Fellow Peter Meyer is engaged in assisting NCES as these issues now demand new consideration in view of advances in technology and data science.

Federal agencies have both legal and ethical obligations to protect the large amount of confidential data about individuals, businesses and other entities.  At the same time, agencies are obligated to make these data available to the maximum extent possible for uses that benefit society.  In 1994 the Statistical Policy Working Paper #22 (WP22) was written to provide a primary resource to federal agencies on available mechanisms to simultaneously promote these ends.

Changing technology has brought new data structures, new statistical methodologies, new secure computation tools, new tiered data access schemas, and also new threats to data security.  Consequently, the Federal Committee on Statistical Methodology Subcommittee on Updating Statistical Methods for Safeguarding Protected Data has undertaken the review, revision and expansion of WP22.  In addition to a document, this task will include the development of an online repository for best practices, tools, templates, schemas and mechanisms as a dynamic resource to assist federal agencies as they disseminate their data both internally and publicly.

“At NISS I have found very smart, dedicated, and helpful people.  There is a clear recognition of the importance of statistics in society and an advocacy for the proper use of the tools we have.  I feel at home.”

NISS Senior Fellow, Peter Meyer, fills the critical role of providing expertise and coordination to the Chair and the Subcommittee for the task of revising WP22 and creating the online repository to be hosted at NCES.  NISS is honored to have enlisted Peter Meyer as a Senior Fellow and values his involvement in NISS research work.