NISS hosted its first virtual meet-up in partnership with Merck 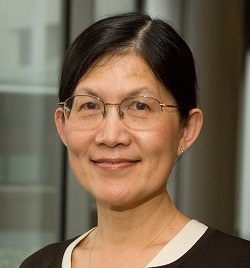 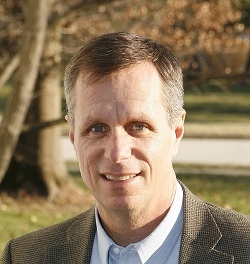 The first virtual meet-up jointly hosted by NISS and the pharmaceutical giant Merck is an effort to introduce NISS to statisticians involved in the research and development of pharmaceutical products. This was an hour-long web meeting which took place between 11:00 and noon (Eastern time zone) on September 12, 2017. The next NISS-Merck Virtual Meet-up is scheduled on Tuesday, January 23, 2018, between 11:00 am to 12:00 pm.

The focus of the meet-up was to discuss the FDA draft guideline on "Multiple Endpoints in Clinical Trials" which was recently published in January 2017. The virtual meet-up was organized by distinguished researchers from the field of multiple comparisons. "This is a timely and important topic for late-stage clinical trials in support of product development," says Dan Holder, Executive Director, Biometrics Research, Merck & Co., Inc., adding, “Multiplicity adjustments can make or break the analysis of a clinical trial, and therefore proper multiplicity adjustment is required for these trials if statistical inference is planned for multiple endpoints. Multiplicity adjustment is also necessary if the trial sponsor wishes to make a label claim of a positive drug effect on multiple endpoints.”

The meet-up was aimed to not only share ideas but also toward building connections. "We hope that these meetings foster a sense of community among statisticians who are engaged in the research and development of pharmaceutical products,” Holder adds.

Raymond Bain, Senior Vice President, Biostatistics, and Research Decision Sciences, Merck, and an elected member of the NISS Board introduced participants to NISS's mission which is dedicated to serving the U.S. and international statistics community by engaging the NISS community in applied research driven by problems facing government and industry. "NISS is a communication enabler, co-sponsor, and coordinator of workshops and conferences," said Bain in his discussions. While discussing the six characteristics of NISS, Bain emphasized how NISS’ role as an independent research organization could be valuable to pharmaceutical companies.

The meeting benefited from the participation of knowledgeable and influential thought leaders in the pharmaceutical industry and the Food and Drug Administration (FDA) in the United States (US). The meeting began with two presentations by notable experts on multiple comparison procedures. Alex Dmitrienko, Founder and President, Mediana Inc., discussed the Multiplicity Guidelines. Frank Bretz, Global Head, Statistical Methodology and Consulting, Novartis, discussed the implementation of the FDA Guidance. The presentations were followed by a panel discussion.

Walt Offen, Distinguished Research Fellow, Global Head of Statistical Sciences, AbbVie, moderated the discussions. Lisa LaVange, Director of the Office of Biostatistics in the Center for Drug Evaluation and Research (CDER), US FDA, joined Alex and Frank as a panelist. Lisa offered insightful comments from her role as the Biostatistics Head with CDER at the FDA.

All four participants, as well as Ray Bain, are Fellows of the American Statistical Association (ASA).

There are many technical challenges facing the pharmaceutical industry today. They include efficient trial designs for rare diseases, quantitative benefit-risk analysis, and the use of real-world evidence for comprehensive safety assessment and comparative effectiveness. Christy Chuang-Stein, Independent Statistical Consultant, who is also an elected member of the NISS Board, says, "There are other more strategic questions that a pharmaceutical sponsor should ask of themselves. These questions include increasing the success rate of product development and improving the efficiency in selecting product candidates for further development. NISS’s ability to act as a communication enabler, co-sponsor and coordinator of workshops and conferences, and as an independent research organization could be helpful to pharma companies in tackling these challenges."

“NISS has access to skills and resources to catalyze cross-functional research that could be helpful to a variety of industries.  Besides providing information and discussion on important topics, the meet-ups were conceived to increase NISS’s visibility among industries that might find their resources useful,” says, Holder.

In all, more than 190 people attended this virtual meet-up. NISS and Merck together plan to run similar virtual meet-ups once every quarter, covering varied topics such as machine learning and adaptive treatment strategies in clinical trials. The next meet-up is currently targeted for January 2018 with a theme on the recent Addendum (R1) to ICH E9 (Statistical Principles for Clinical Trials). This Addendum discusses how to handle the missing data problem in clinical trials. We plan to announce the details of this second meet-up in the near future.