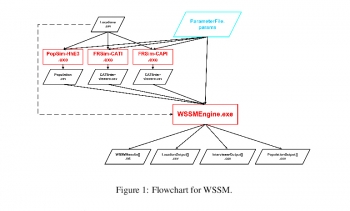 Official statistics surveys face a constant tradeoff between data quality and cost, which is dictated by current and anticipated budget pressures.   The World’s Simplest Survey Microsimulator (WSSM) was developed to work as a laboratory for survey scientists so they can try various scenarios out in order to make decisions.NISS sponsored an interdisciplinary Workshop on Microsimulation Models for Surveys. Simulation to explore three issues: need, utility and feasibility—surrounding simulation models for Federal surveys. Simulations are used in other settings ranging from social networks to healthcare.  It can make a  difference  for  surveys as well.

The World's Simplest Survey Microsimulator (WSSM) is a first-generation extensible simulation laboratory for surveys. WSSM can be used to support sensitivity analyses that inform the course of more detailed modeling efforts. It also demonstrate how even oversimplified models can reflect policy and operational decisions. A longer-term goal is to provoke suggestions for enrichments and to serve as a foundation for implementing them.

Help federal statistical agencies figure out the right scenario between data quality and cost by develop a simulation laboratory for surveys.