[Please Note: This event has already occurred.  Go to the News Story to read about what happened and to access a recording and speaker slides.]

About this Webinar Series

The COPSS-NISS COVID-19 Data Science webinar series is co-organized by the Committee of the Presidents of Statistical Societies (COPSS) and its five charter member societies (ASA, ENAR, IMS, SSC, and WNAR), as well as NISS.  This bi-weekly seminar features the latest research that is positioned on the cusp of new understanding and analysis of COVID-19 pandemic data, and promotes data-driven research and decision making to combat COVID-19. Find out more about this series and view all the previous sessions on the Webinar Series page.

This presentation will focus on Dr. Kim’s 30 years of experience in battling a pandemics in developing countries.  A trained infectious disease physician, Dr. Kim has tackled multidrug-resistant tuberculosis, HIV, cholera, Ebola and now COVID-19 in developing countries in Latin America, Asia and Africa.  He has also been involved in the COVID-19 response in the United States through the organization he co-founded, Partners in Health.  Dr. Kim will first talk about his experiences in combatting both poverty and infectious diseases throughout his career and then looks forward to a robust question and answer session.

Register for this Event Here!

Jim Yong Kim, M.D., PhD, is Vice Chairman and Partner at Global Infrastructure Partners, a fund that invests in infrastructure projects across several sectors around the world.

From July 2012 to February 2019, Kim served as the 12th President of the World Bank Group. Soon after he assumed that position, the organization established two goals to guide its work: to end extreme poverty by 2030; and to boost shared prosperity, focusing on the bottom 40 percent of the population in developing countries.

During Kim’s tenure, the World Bank Group supported the development priorities of countries at levels never seen outside of a financial crisis. Along with partners, the World Bank achieved two successive, record replenishments of the International Development Association (IDA), the institution’s fund for the poorest countries, which has enabled the Bank to greatly increase its work in areas suffering from fragility, conflict, and violence..

A physician and anthropologist, Kim’s career has revolved around health, education, and improving the lives of the poorest and most vulnerable. He was born in South Korea to parents who had fled the violence of the Korean War and grew up in Iowa, where his father was a practicing dentist and his mother was a philosopher and theologian. Kim graduated from Brown University, then became one of the first students to study jointly for a medical degree from Harvard Medical School and a PhD in anthropology at Harvard University.

While at Harvard, Kim co-founded Partners In Health, a non-profit medical organization that provides healthcare to poor communities on four continents. With Partners In Health, Kim developed treatment programs for complex, deadly diseases such as multi-drug-resistant tuberculosis and AIDS in the poorest areas of Haiti, Peru, and several other countries. From 2003 to 2005, Kim served as Director of the World Health Organization’s HIV/AIDS department. He led WHO’s “3 by 5” initiative, the first-ever global goal for AIDS treatment, which greatly expanded access to antiretroviral medication in developing countries.

Following his service at WHO, Kim was Chair of the Department of Global Health and Social Medicine at Harvard Medical School, Chief of the Division of Global Health Equity at Brigham and Women’s Hospital, and Director of the François-Xavier Bagnoud Center for Health and Human Rights at Harvard School of Public Health. In 2009, he was named the 17th President of Dartmouth College, where he served until he was nominated by President Barack Obama to lead the World Bank Group. Kim was the first leader of the Bank Group who did not come from the financial or political sectors and the first who had personal experience tackling development issues in poor countries.

Kim received a MacArthur “Genius” Fellowship, was recognized as one of America’s “25 Best Leaders” by U.S. News & World Report, and was named one of TIME magazine’s “100 Most Influential People in the World.”

Register for this Event Here!

Bhramar Mukherjee is the John D. Kalbfleisch Collegiate Professor and Chair, Department of Biostatistics; Professor, Department of Epidemiology, Professor, Global Public Health, University of Michigan (UM) School of Public Health;  Research Professor and Core Faculty Member, Michigan Institute of Data Science (MIDAS), University of Michigan. She also serves as the Associate Director for Quantitative Data Sciences, University of Michigan Rogel Cancer Center. She is the cohort development core co-director in the University of Michigan’s institution-wide Precision Health Initiative. Her research interests include statistical methods for analysis of electronic health records, studies of gene-environment interaction, Bayesian methods, shrinkage estimation, analysis of multiple pollutants. Collaborative areas are mainly in cancer, cardiovascular diseases, reproductive health, exposure science and environmental epidemiology. She has co-authored more than 200 publications in statistics, biostatistics, medicine and public health and is serving as PI on NSF and NIH funded methodology grants. She is the founding director of the University of Michigan’s summer institute on Big Data. Bhramar is a fellow of the American Statistical Association and the American Association for the Advancement of Science.  She is the recipient of many awards for her scholarship, service and teaching at the University of Michigan and beyond.

Register for this event here! 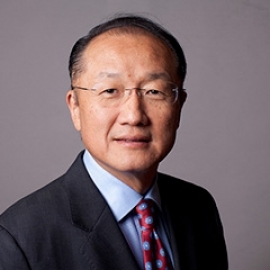