Survey Workshop on Improving the Representativeness of Nonprobability Samples 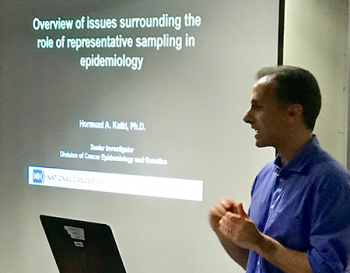 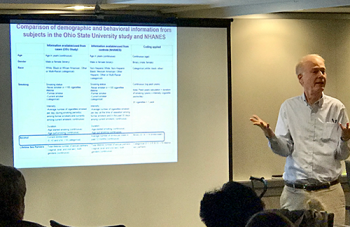 A little over 30 statisticians from government, industry, and academia attended the half-day NISS workshop, “Using Surveys to Improve the Representativeness of Nonprobability Samples in Epidemiologic Studies” at BLS’s Janet Norwood Conference and Training Center on March 11.   Four major speakers (Barry Graubard, Michael Elliott, Yan Li, and Lingxiao Wang) followed Hormuzd Katki of the National Cancer Institute’s general introduction to the topic.  The talks, which represented the speakers’ works in progress, were organized by Yan Li.  Phillip Kott of RTI and NISS chaired the workshop.

Although roughly conceived as one of NISS’s fall series of survey-sampling workshops, this workshop focused more on drawing proper population inferences from health studies rather than from government-sponsored general-purpose surveys.   Slides for all the talks can be found below.

Being a workshop and not a seminar, questions and comments were raised during the talks as well as after.   The five speakers themselves joined in with the many comments made during and after the other speakers talks.