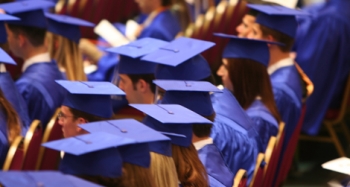 The Division of Science Resources Statistics (SRS) of the National Science Foundation (NSF) conducted a research program with NISS that involves SRS data sets arising from the National Survey of Recent College Graduates (NSRCG), the Survey of Earned Doctorates (SED) and the Survey of Doctorate Recipients (SDR). This group is of special interest to many decision makers, because it represents individuals who have recently made the transition from postsecondary school to the workplace. It also provides information about individuals attending graduate school.

Two postdoctoral fellows hired by NISS did the collaborative research with SRS utilizing these data sets.

The National Center for Science and Engineering Statistics (NCSES) of the NSF carries out important data collections regarding the scientific workforce and research and development activities in the U.S. This project created statistical methods that increase the value and usability of NCSES datasets, especially the Survey of Doctorate Recipients (SDR). It also exposed three early career researchers, as postdoctoral fellows, to the excitement and challenges of working with NCSES data (and official statistics data more generally). The SDR is a long-running data collection that follows Ph.D. holders throughout their careers. It offers unique opportunties and richness for longitudinal modeling, that is, following individuals' trajectories over time. Among the challenges is that as new Ph.D. recipients are added to the SDR, others in the survey are removed to make room for them.

The techniques developed in this project make maximal use of the data, because they are not restricted to using only people who were in the SDR over the entire time period under consideration. This modeling technology was demonstrated by studying the evolution of individuals' salaries over a 15-year time period, as a function of their own characteristics such as gender, race and field of degree, and characteristics of their employers, for instamce, whether the employer is an academic, industrial or government organization, and where the employer is located. Had the study been conducted using those who were in the SDR for the entire 15 years, the sample would have shrunk by two-thirds.

The most striking finding is that adjunct faculty earn only one-half as much as other doctoral recipients with comparable characteristics, even after accounting for the numbers of weeks per year and hours per week they work. Race does not affect salary; however, woman are paid less than men with comparable characteristics who are in comparable positions. This is not, however, evidence of discrimination against women. Statistical associaton does not imply causality, and women's career paths differ from men's in important ways (especially "time off" to care for family members) that are not captured by the model. Salaries are highest in California, the New York City metropolitan area and the Washington, DC metropolitan area, which is consistent with studies of other workforce groups.

The second principal methodological contribution of the project is a way to estimate meaningfully the sizes of small grouups of people (for example, black women aged 35-39 in North Dakota with degrees in environmental engineering) by combining data from the NCSES' National Survey of Recent College Graduates (NSRCG) with data from the Census Bureau's American Community Survey (ACS). Especially in times of extreme pressure on the federal budget, this kind of leveraging of datasets by combining them is central to maximizing the value of NCSES' data collection activities. The methodology is complicated and poses significant computational burdens, but the concept is simple. Imagine having to prepare a cross-tabulation ("contingenchy table") of sex versus race when only the totals for men, women and each racial category are known, and come from different data sources.

The impact is more detailed understanding of the U.S. scientific workforce, which is essential to improving the nation's competitiveness in today's global economy. The human resource impact of the project on the three postdoctoral fellows who participated in it is also impressive. Two of them were so attracted by the opportunity to work with NCSES datasets that they left full-time postions to join the project. Of the three, one has effectively joined the federal statistical system, albeit indirectly, as an employee of a major private-sector contractor. One of the other two now holds an academic position in the U.S. that would not have been available to her without the experience she gained in the project. The third has returned to his home country to pursue an academic career there. 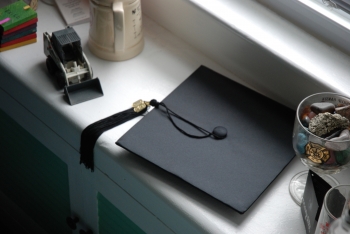 Two postdoctoral fellows will work on research aspects of longitudinal analyses using the Survey of Doctoral Recipients and small domain estimation for several SRS surveys.According to the NSF website, "The Survey of Doctorate Recipients is a longitudinal biennial survey conducted since 1973 that provides demographic and career history information about individuals with a research doctoral degree in a science, engineering, or health (SEH) field from a U.S. academic institution. The survey follows a sample of individuals with SEH doctorates throughout their careers from the year of their degree award until age 76. The panel is refreshed each survey cycle with a sample of new SEH doctoral degree earners. Results are used to make decisions related to the educational and occupational achievements and career movement of the nation's doctoral scientists and engineers."