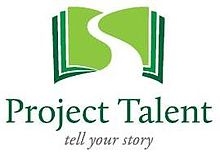 Take yourself back to 1960. Despite the Cold War, it was a time of optimism in the United States.Our economy was booming, the industrial age was at its peak and we expected to continue our growth and prosperity. Civil rights and the Viet Nam war were still in the future.

In the spring of 1960, the University of Pittsburgh, funded by what was then called the U.S. Department of Health, Education and Welfare, embarked on a largescale survey called “Project TALENT.” The intention was to survey high school students from around the country, to measure each person’s aptitudes and inclinations, in order to discover what talent he or she might possess. Nearly 400,000 students in 1,300 schools participated, many of whom were re-contacted 1, 5 and 11 years following completion of high school.

Project TALENT was one of “the first scientifically planned national inventory of human talents: the aptitudes and abilities of a people,” according to a report about the project that was published in November 1959. It is also the source of cognitive questions still used today, as well as the stimulus for development of electronic testscoring machines. The survey was immense, requiring two full days of student time. The background questionnaire had 394 questions ranging over interests in occupations and activities, personality traits, demographic information, family background, health, current activities in and outside of school, educational experience, and career, military and family plans. The survey also measured aptitudes in language, mathematics, abstract and mechanical reasoning, creative thinking, clerical and perceptual processing and spatial visualization.

Fifty years later, there is now a chance to learn what happened to those who participated in the survey. The American Institutes for Research (AIR), which owns the original data, has decided it is time to follow up with as many people as possible who participated in Project TALENT. NISS is a partner in this effort. Ultimately, many more organizations will be involved. “AIR has recovered the data from nine-track tapes, and we are working together to understand both what’s in the data and what the problems are with the data. Some files are still incomprehensible to us.” said Alan Karr, director of NISS. “As we move forward, we will face a myriad of interesting statistical challenges, including survey weights and design new data collections. Project TALENT is literally a once-in-a-lifetime opportunity to learn about everything from health to education to career trajectories.”

To read more about Project TALENT, go to its website.

The American Institute for Research was conducting a follow-up survey from the original longitudinal study that was conducted 50 years ago. NISS, along with other research organizations, was helping AIR look at what it would take to conduct this follow-up survey, including what to do with outdated data sources, how to find people, or find out if the person was deceased and how to get as high of a response rate as possible.