Federal statistical agencies are the national's largest gatherer and consumer of data. They are supposed to disseminate information and also protect the privacy of individuals and establishments that are described by the data. It is hard to find ways to get enough data to the people who need to make important decisions, such as budgeting for government programs, and also keep the person or business' identity private.

NISS developed a prototype World Wide Web-based system to allow adequate access to confidential data from Federal agencies while maintaining low risk of disclosure.  NISS also developed a data swapping took kit (DSTK), which was a set of software programs and tools for performing and analyzing data swapping, which is basically switching subsets of attributes between randomly selected pairs of records. This way, an intruder will not be sure if the record is real or not. 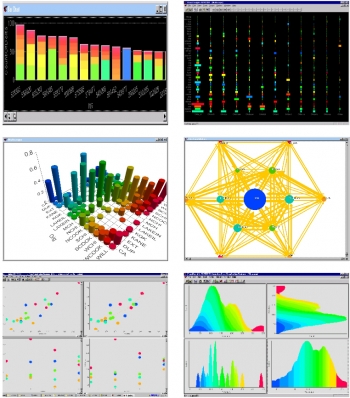 NISS was hired to help develop and build systems that expanded to Federal data but that preserved the confidentiality of the data and privacy of subjects. The systems would respond to queries from networked users of Federal data bases by performing and reporting statistical analyses that extract knowledge from the data, but preserve confidentiality. Their distinguishing characteristic was history-dependence. The response to each query will depend on the history of previous queries and responses.